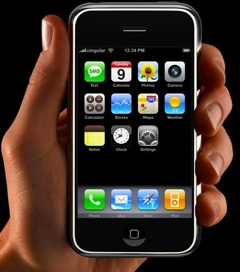 I find the rumors circulating about a low-feature iPhone and an Apple netbook interesting in that I don't understand what drives this speculation. It seems completely inconsistent with the brand experience that Apple maintains through the iPhone and Mac product lines. I also have my doubts as to whether there's really a market for watered-down versions of Apple's flagship products.

iPod is the only Apple product line where smaller, less feature rich items have been made available, and portable computers and palmtops/smartphones are not media players. Brand goals and buying habits in those spaces play more to Apple's traditional brand position.

Apple has positioned itself for years as a maker of premium computing experiences. You pay more than you would for a commodity pc but you get a vertically integrated and carefully controlled experience that (in most cases) "just works." There are conscious decisions on Apple's part about how to structure the Mac product line that speak against creating a Mac netbook just to get into another sector of the market. I understand that the netbook market is hot, that doesn't mean that all computer manufacturers are compelled to join the race.

As the article quotes Steve Jobs: "We don't know how to build a sub-$500 computer that is not a piece of junk." A netbook isn't in the plan because a competitively priced netbook wouldn't meet Apple's standards for the end user experience. It wouldn't perform to the standard, so they won't do it.

Rather than diluting the brand to enter a market where they'll be another also ran (albeit likely a strong one) they'll take a pass. There are other markets they're entering with varied success from a stronger market position. (AppleTV anyone?) Just because there's a netbook market to enter doesn't mean they have to jump in. Apple didn't release the iPhone or the App store until they meet the standard and they are now reaping the benefits.

As far as a low-feature iPhone... I think the idea comes out of wishful thinking. An iPhone for everyone. Even if Apple took that goal to heart I don' think a reduced feature handset is the approach they would take. People are buying the current iPhone in huge numbers. The most common reason I've heard cited among people that wanted an iPhone didn't get one is because they'd be saddled with AT&T's cellular service or the hassle of jailbreaking.

So if Apple decides everyone should have an iPhone I think their strategy would be to open the iPhone to multiple cell carriers. Carriers would then take it upon themselves to price handsets competitively by subsidizing the iPhone price with a new or renewed service plan. This way Apple could continue to draw revenue without creating a new model of handset. They would likely make something close to the current margin (which I doubt would come in on a watered-donw iPhone) and avoid the design and manufacturing costs of a new model of iPhone.

From a brand standpoint they would also maintain the standard of quality they've worked so hard to establish for iPhone. (Previous models prepared for release were vetoed by Jobs because they weren't good enough to go to market.) As the article notes, this would also extend to the experience of software engineers that are such a part of iPhone's success. "Having different screen sizes, different input methods, and different hardware makes things difficult for developers."